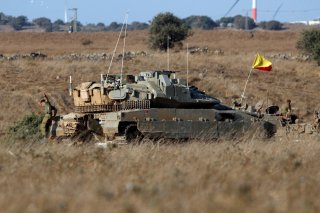 Here's What You Need to Remember: With Iranian and Hezbollah troops now in Syria, the IDF was already reckoning on the possibility of the Golan Heights becoming yet another war zone on Israel’s frontier. That fact that the Syrian army might join in the digging probably won’t be much of a shock.