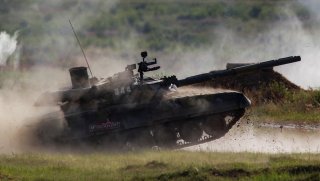 Here's What You Need to Remember: Nowadays, South Korea fields three “modern” main battle tanks, the T-80U and the indigenous K1 and K2. But how do Korean tankers think the T-80U stacks up against the Korean tanks, which were designed with a more Western philosophy?