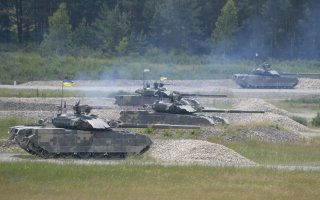 Key Point: While the Oplot might be better than Russia’s “line” tanks, the tiny numbers in service render its advantages irrelevant.