T-90 Tanks are Set to Get a Major Upgrade 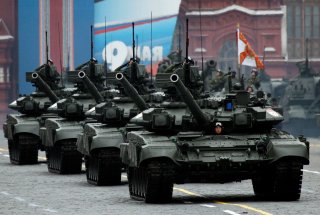 Here's what you need to remember: The new T-90M tank will bolster Russia's arsenal of battle tanks and be an attractive product for export.