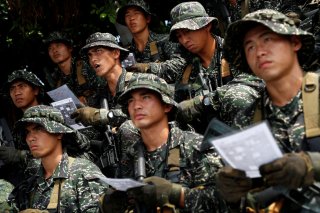 Here's What You Need To Remember: To evaluate Taiwan’s defenses, ask whether Taipei is asking too much of the armed forces—and whether the armed forces are remaking themselves adequately to cope with today’s brave new world.

Chinese President Xi Jinping issued his latest threat to Taiwan during what the BBC artfully calls “a speech marking 40 years since the start of improving ties” between the communist-ruled mainland and the Republic of China (ROC) on Taiwan. Xi exhorted the Taiwanese to accept that they “must and will be” unified with the mainland. Sheesh. If forty years of improving ties culminate in threats to wipe out your negotiating partner’s political existence, I’d shudder to think how forty years of deteriorating ties across the Taiwan Strait would have turned out.