To Take on China, the United States Marine Corps Needs a New Playbook 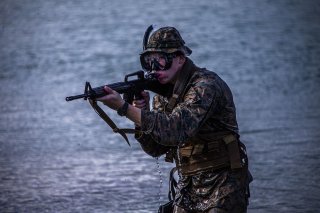 Key Point: General Berger concluded that the Marine Corps must abandon its traditional focus on forcible entry. Instead, operations on land would involve small, agile, relatively low cost and “risk-worthy” ships and units.

His article first appeared at RealClearDefense in December 2019 and is being republished due to reader interest.