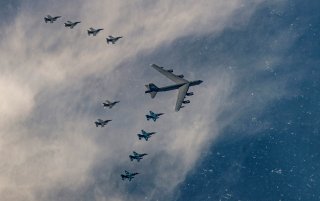 Here's What You Need to Remember: Current air forces have, with some exceptions, effectively done away with the distinctions between fighters and bombers, instead relying on multi-role fighter-bombers for both missions.