Take Note: China May Not Want to Fight in the South China Sea 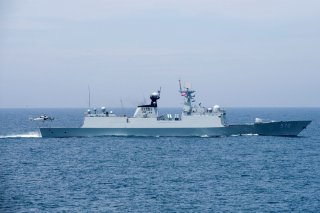 Here's What You Need to Know: Wanting to fight is another thing altogether—and would warrant different American and Asian countermeasures. An antagonist who stumbles into the arena of combat is different from one who strides into the arena. Word choices matter.