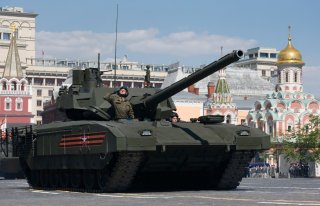 Here's What You Need to Remember: The M1A2 SEP v3 is likely to spot and shoot the Armata first, although the Afghanit APS might negate this first shot advantage and provide the Armata crew a vector in which they could return fire. In the end, both the M1A2 SEP v3 and the T-14 Armata will likely see changes to their technical characteristics, capabilities, and systems before they enter service, as they are both still in heavy development.