Tank or Cannon? No One Really Knows What the M110 Really Is. 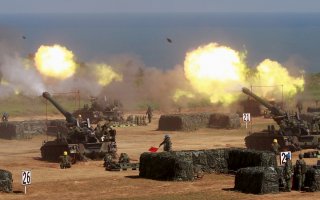 Here's What You Need to Know: Despite the M110's age, Iran is thought to maintain a modestly sized fleet.

The U.S. Marines Can Now Crush Enemies with Guided Artillery Rockets from the Sea