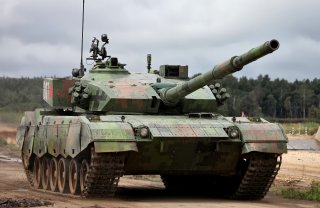 Here's What You Need to Remember: So how capable are the ZTZ-96 and ZTZ-99 in all their variants? The ZTZ-96B probably still relatively weak compared to other “frontline” tanks due to its antiquated armor. ERA can only improve armor so much. With the 125mm gun and modern fire control system, it likely will prove a lethal threat to targets, albeit one that is easily knocked out.