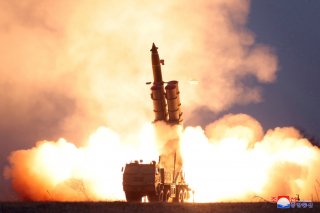 Here's What You Need to Remember: Tokyo could be struck by multiple nuclear weapons, but North Korea has more targets than weapons at this point, and multiple strikes are unlikely. North Korea would also have Japan’s layered ballistic-missile defenses, consisting of SM-3 interceptors on Aegis destroyers backstopped by the Patriot PAC-3 missile system, to contend with.

Kyle Mizokami is a defense and national-security writer based in San Francisco who has appeared in the Diplomat, Foreign Policy, War is Boring and the Daily Beast. In 2009 he cofounded the defense and security blog Japan Security Watch. You can follow him on Twitter: @KyleMizokami. This article first appeared in 2018 and is reprinted here due to reader interest.