The Taurus TH9 Compact: A Self Defense Gun Like No Other 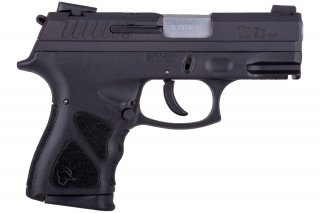 Key Point: The TH9 Compact has all of the features of American and European compact handguns but at a considerably lower price point.

Handgun market prices, especially for compact self-defense handguns, often tend to group at around the same price point. One gun that comes in at considerably less than other compact guns is the Taurus TH9 Compact. The TH9 Compact brings all the features found in domestically priced handguns and delivers them at a price point for budget shooters.

Forjas Taurus, or Taurus Forge, was started in 1941 in Porto Alegre, Brazil. The company initially began producing copies of Smith & Wesson, Colt, and Spanish pistols. The company expanded to the American market in 1968, establishing a limited distributorship in the United States. The company received a boost in technology and capital in 1970, when it was purchased by the same company that had a controlling interest in Smith & Wesson. Although that arrangement lasted only seven years before Taurus returned to Brazilian hands, it gave the company a major upgrade.

Starting in the 1980s, Taurus, like many Brazilian arms manufacturers, began a major push to not only arm the Brazilian military but export weapons, from small arms to multiple rocket launchers, abroad. Since then, the company has moved to produce lookalikes of guns such as the Beretta 92, Colt 1911A1, and others while producing its own in-house designs.

Taurus has been producing handguns for eighty years and serves a fairly wide market. One in-house design is the TH9 Compact. The TH9 Compact is the shorter, smaller version of the TH9 and marketed to concealed carry shooters, those that need a home defense firearm, and others in the market for a discrete, inexpensive handgun.

The TH9C is a nine-millimeter, double action/single action handgun that uses the traditional hammer and firing pistol firing system. This allows the pistol to be loaded, hammer drawn back, and carried with the manual safety on, a condition called “cocked and locked.” A quick flick of the safety lever and the pistol is ready to fire with a trigger pull of just 6.5 pounds. This is in sharp contrast to double action pistols such as the Beretta 92, which have a first shot trigger pull of thirteen pounds.

The TH9C is manufactured with a polymer grip and metal slide, giving it a weight of just twenty-five ounces. is just 6.85 inches long with a barrel length of 3.54 inches. It has a height of 5.14 inches, about typical for a compact pistol, but at 1.3 inches is fairly wide for a concealed carry pistol. This is a trade-off due to the double stack magazine, which provides the shooter with a large thirteen-round magazine. (The .40 S&W caliber version, the TH40C, has an eleven-round magazine but is otherwise identical.)

Safety features are to the industry standard. The pistol has a firing pin safety to prevent accidental firing when dropped. The manual safety lever, previously discussed, prevents the trigger from being pulled. Furthermore, the lever has a third position that safely decocks the hammer. A loaded chamber indicator pops up to alert the user that the gun is loaded.

Taurus’ compact pistol features three dot, low profile Novak sights. The sights are drift adjustable and can be tailored to the user’s needs. A MIL-STD-1913 Picatinny rail is located forward of the trigger guard for installing weapon lights, aiming lasers, or both. The pistol features an ambidextrous slide catch and magazine release, but the manual safety is only located on the left side. The grip can be tailored to the user’s hand via interchangeable plastic backstraps, allowing for increased individual comfort.

The TH9 Compact has all of the features of American and European compact handguns but at a considerably lower price point. A compact frame, large magazine, the ability be carried “cocked and locked,” and a wide variety of user configurations make Taurus’ compact pistol a full featured but inexpensive choice.

Kyle Mizokami is a defense and national security writer based in San Francisco who has appeared in the Diplomat, Foreign Policy, War is Boring and the Daily Beast. In 2009 he co-founded the defense and security blog Japan Security Watch. You can follow him on Twitter: @KyleMizokami. This article first appeared in 2019 and is reprinted here due to reader interest.