Tax Return Delayed? The IRS Has a 35 Million Backlog 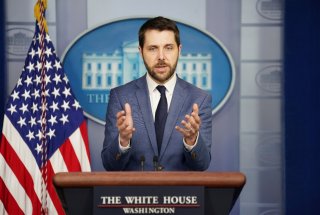 Key Point: The IRS is swamped with a massive backlog of 35 million tax returns that still need to be manually processed, according to a new report released Wednesday from a government watchdog.

The report from the National Taxpayer Advocate, an independent entity within the agency, noted that the backlog includes about 16.8 million paper tax returns, nearly 15.8 million returns that are suspended for further review, and an additional 2.7 million amended returns. The backlog is a fourfold increase from 2019.

The coronavirus pandemic forced the agency to halt in-person operations to mitigate the spread of the deadly disease, prompting the returns to pile up, according to the report. But the backlog poses major challenges for the IRS, as some low-income families are depending on the money from their 2020 tax refund, as well as the economic relief provided to individuals during the pandemic, like stimulus checks and child tax credit.

“For taxpayers who can afford to wait, the best advice is to be patient and give the IRS time to work through its processing backlog,” Erin Collins, the National Taxpayer Advocate, wrote in her report to Congress. “But particularly for low-income taxpayers and small businesses operating on the margin, refund delays can impose significant financial hardships.”

The report comes as the IRS has been distributing the third round of direct relief to eligible Americans. And now, the agency is tasked with pumping out the child tax credit to millions of families who qualify. The enhanced credit is also available to low-income families who don’t normally file taxes since they do not make enough money to file.

The IRS could also gain a load of other responsibilities, as President Joe Biden is pushing for the agency to manage the growing tax gap, particularly to remain laser-focused on wealthy individuals who may engage in tax dodging. The bipartisan infrastructure package set aside money to boost funding for the IRS.

John Koskinen, former IRS commissioner under Presidents Barack Obama and Donald Trump, pinned the blame on Congress for implementing too many requirements on an agency with already low funds.

“It’s a problem, but nobody should be surprised. You can’t keep loading more things on an agency without enough people and expect things to go smoothly,” Koskinen told The Washington Post. “The problem is not with IRS employees who work very hard. It’s with Republicans in Congress who have refused to provide adequate funding for 10 years.”

From 2010 to 2018, a report from the House Committee Budget found that the agency’s funding has fallen by about 20 percent and as a result, the IRS has been less prepared to deal with the coronavirus pandemic and other tax-related needs.

“Taxpayers cannot experience similar challenges in future filing seasons,” Collins wrote in the report. “We cannot allow the agency to face the staffing and technology limitations it has experienced this past year.”