A Technology Trade War With China Could Be a Disaster 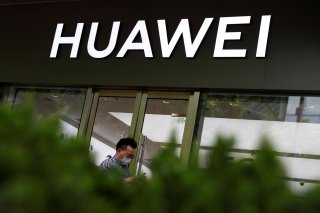 In a post last month, we raised concerns about the unforeseen and underappreciated costs of expanding export controls on U.S. technology. Either those concerns fell on deaf ears or the administration did its due diligence and determined that the expected benefits outweigh the expected costs because—earlier this week—the Commerce Department published new rules further restricting Huawei’s access to U.S. technology.

U.S. exports to Huawei have been tightly controlled since Huawei and its affiliates were placed on the Entity List in 2019 for national security reasons. However, because of the design of U.S. export regulations and the nature of technology supply chains, Huawei and its affiliates were still able to import semiconductors from foreign producers that use U.S. chipmaking equipment and software. The new rules are intended to close this loophole and completely cut off Huawei from U.S. technology.

Explaining the purpose of those new rules, Commerce Secretary Wilbur Ross—betraying naïve expectations that Huawei would have just thrown in the towel and shut down its operations after last year’s U.S. sanctions—offered:

Despite the Entity List actions the Department took last year, Huawei and its foreign affiliates have stepped‐​up efforts to undermine these national security‐​based restrictions through an indigenization effort. However, that effort is still dependent on U.S. technologies. This is not how a responsible global corporate citizen behaves. We must amend our rules exploited by Huawei and HiSilicon and prevent U.S. technologies from enabling malign activities contrary to U.S. national security and foreign policy interests.

Although we have been skeptical from the start that this is the right way to proceed with China, the die most definitely has been cast and the technology trade war is moving ahead at full speed. Of course, the U.S. government (many in the Trump administration and many in the Congress) has its reasons (some factual; some presumptive; some political) for this course of action. So, instead of rehashing concerns already raised, we offer (in convenient bullet point fashion) the most relevant facts and assumptions culminating in the current policy, as well as the expected benefits and likely costs of that policy. Unfortunately, the list of likely costs is long.

Benefits (if the assumptions are accurate)

This article by Daniel J. Ikenson and Huan Zhu first appeared in CATO on May 21, 2020.