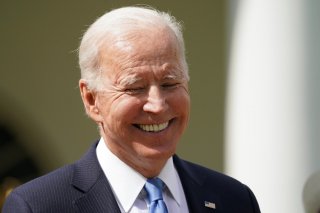 Here's What You Need to Remember: The American Rescue Plan “reduces the cost of health care coverage for 9 million consumers currently receiving financial assistance by ensuring consumers eligible for premium tax credits have at least a couple plans to choose from that won’t cost more than 8.5% of their household income on their Marketplace plan premium per year.”

The American Rescue Plan, signed into law by President Biden in March, is best known for its issuance of $1,400 stimulus checks, and also for coronavirus and vaccine relief, extended unemployment benefits and child tax credits, and other aid meant to get America through the later phases of the coronavirus pandemic.

But one thing that’s gotten less media attention is the benefits conferred on Americans in regard to health care.

“The Biden-Harris Administration is reducing health care costs, expanding access to coverage, and ensuring nearly everyone who buys their own individual or family health insurance through a Marketplace can receive a tax credit to reduce their premiums. The American Rescue Plan (ARP) not only provides the resources for America to beat this pandemic, but it also expands access to health insurance coverage, lowers costs, and ensures that health care truly is a right for all Americans,” the website of the Department of Health and Human Services says.

The website went on to say that the American Rescue Plan “reduces the cost of health care coverage for 9 million consumers currently receiving financial assistance by ensuring consumers eligible for premium tax credits have at least a couple plans to choose from that won’t cost more than 8.5% of their household income on their Marketplace plan premium per year.”

CNET laid out a few of the things the Rescue Plan does when it comes to health care.

For one thing, COBRA insurance premiums for those laid off from their jobs will be free between April 1 and September 30.

“The stimulus law requires employers to send former workers who qualify for COBRA a notice of eligibility. But if you haven't gotten that, you can call your former employer to make sure you are signed up for coverage,” CNET said.

The Rescue Plan also shored up the Affordable Care Act, which had been signed into law by President Obama in 2010. Most who sign up for coverage under the ACA will be granted subsidies, with those funded for two years under the Rescue Plan law. And in addition to that, the open insurance enrollment period has been extended through August.

“The bill broadens the subsidies available under the ACA for health insurance, so people who are already eligible can receive more, and those whose incomes were previously too high to qualify can also get assistance,” CNET said. “For example, if your annual income is around $19,000, you'll be able to sign up for a plan with no monthly payment. If you earn over $51,000, your premium could get lowered by as much as $1,000 a month in some markets.”

Americans will also now be allowed to deduct larger medical expenses on their taxes, while adding more money, tax-free, to their flexible health spending plan.