Thanks to DARPA, Air Force F-35s Could Soon Have Drone Copilots 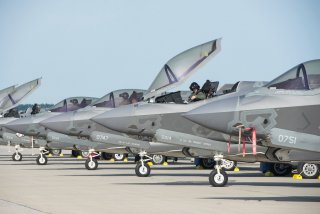 Here's What You Need to Remember: While computer processing speed and algorithms continue to evolve at an alarming pace, it still remains difficult to engineer a machine able to make more subjective determinations or respond quickly to a host of interwoven, fast-changing variables. However, sensor technology is progressing quickly, the point where fighter pilots will increasingly be able to identify threats at much greater distances, therefore remove the need to dogfight.