Thanks To Donald Trump, Americans Now Think Immigration Is Too Low 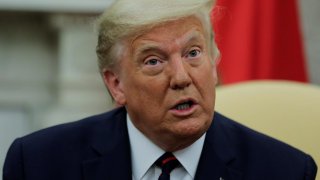 Gallup has been polling Americans about whether they want immigration levels to decrease, increase, or remain the same since 1965. In 2020, the percentage of Americans who want to increase immigration rose above the percentage who want to decrease it for the first time. This is a remarkable shift on its own, but one that has been building slowly for decades. But an even larger shift has occurred: Those dissatisfied with the level of immigration in the United States are increasing likely to be dissatisfied because they think that it is too low.

One of the big problems in the politics of immigration is that those who desire less immigration typically want it much more intensely than those who want to increase it. As a result, immigration restrictionists have historically had more political power because they are willing to campaign, vote, and badger politicians into adopting their point of view while pro‐​immigration voters don’t hold that opinion nearly as intensely. But this has also started to shift since President Trump took office.

During the 2016 campaign, then‐​senator Jeff Sessions (R-AL) said immigration is, “a sham, decade after decade, and the voters need to know that this might be the last chance to elect a president who can reduce this tide.” Ironically, electing Donald Trump and observing his immigration policies in action may have been the catalyst event that convinced Americans to be much more supportive of expanding legal immigration.

This article by Alex Nowrasteh first appeared in CATO on August 19, 2020.