Thanks To Growing Suburbs, America Will Never Be The Same 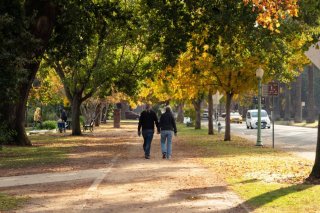 Looking at registered voters in the suburbs over time provides a sense of how competitive the suburbs are overall. When the Pew Research Center looked at the political identification of registered voters who lived in the suburbs in 1998, 47 percent were Democrats and 42 percent were Republicans. Twenty years later in 2018, those responses were 47 and 45 percent, respectively. The suburbs were a pretty even mix of Democrats and Republicans throughout this 20 year period. Underlining their competitive nature, Joel Kotkin reminded us recently in a column in New Geography that “Of the 41 congressional districts that flipped from Republican to Democratic in 2018, 38 were suburban.”

It is also important to differentiate the suburbs. Generally, inner suburbs closer to central cities are more Democratic, and outer suburbs are more Republican. In The Wall Street Journal this week, Dante Chinni and Aaron Zitner, two of the country’s best demographic reporters, looked at the suburban complexity. Using Wall Street Journal/NBC polls’ cumulative data from January through August and the American Community Project at George Washington University’s classification schemes of suburbs, they found that urban suburbs “look like cities in terms of racial and economic diversity and density,” and that they were solidly Democratic. The exurban counties were more rural and less diverse, and they leaned Republican. The third county type, working-class suburbs, were evenly divided. Their demographic profile is less racially diverse. They have more manufacturing jobs than the nation as a whole. These counties are important to watch, the authors say, “because they provided lopsided vote margins for Mr. Trump.”

In a new article, our AEI colleague Sam Abrams debunked some stereotypes about the suburbs with data from the AEI’s Survey on Community and Society. Abrams concludes that most people who live in the suburbs are highly satisfied with living there and have a sense of community. Suburbia has more political clout than in the past, and understanding its complexity has become a political imperative.