Theft Pays: China Could Not Have Built the J-20 Fighter Without America 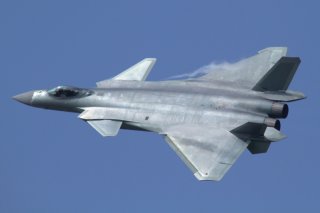 Here's What You Need to Remember: It would be a tremendous coincidence that the J-20’s development began in earnest only after the F-22 was unveiled, yet some of the technology on the Chinese fighter has been described as looking “awfully similar” to systems on the Lockheed Martin F-35 Lightning II Joint Strike Fighter.