There's No Way the Army Lose a War to Russia or China, Right? 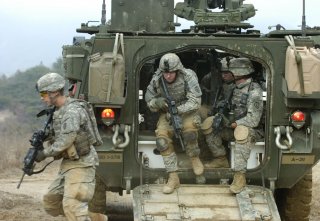 On February 7 of last year, then-Vice Chief of Staff for the Army Gen. Daniel Allyn stated that only three of fifty-eight combat brigades in the U.S. Army were sufficiently trained for wartime deployment, blaming the condition on sequestration. It is not the lack of money, however, that is behind the army’s inability to maintain ready forces. Rather, it is the obsolete force structure the army has maintained since World War II. Fortunately, modern thinking and a new organization for the army could reverse this trend—without requiring an increase in the budget.