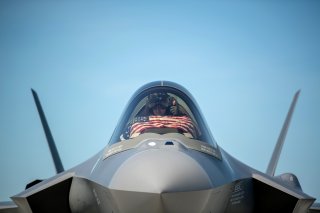 Here's What You Need To Remember: The F-35 has become such a symbol of U.S. technological prowess—or incompetence—that any rumor that an F-35 has been damaged or shot down in combat will draw attention. Russia and its boosters will pounce on any suggestion that an F-35 has been hit, and no doubt the pro- F-35 crowd will counter those suggestions accordingly.

Pro-Russian media are claiming that an Israeli F-35I was hit and damaged by a Russian-made S-200 surface-to-air missile during an Israeli airstrike in Syria back in late 2017. Israel says one of its F-35s was damaged—after colliding with a bird.