There's a Reason the World's Best Militaries Love These Handguns 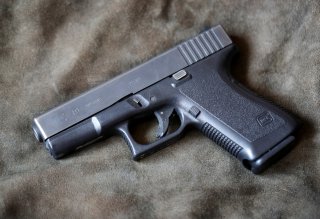 Here's What You Need to Remember: The Sig Sauer P226 served with the U.S. Navy SEALs for twenty-eight years, before eventually being replaced by the compact version of the Glock 17, the Glock 19.

Kyle Mizokami is a defense and national-security writer based in San Francisco who has appeared in the Diplomat, Foreign Policy, War is Boring and the Daily Beast. In 2009 he cofounded the defense and security blog Japan Security Watch. You can follow him on Twitter: @KyleMizokami. This first appeared in December of 2017 and is being republished due to reader interest.