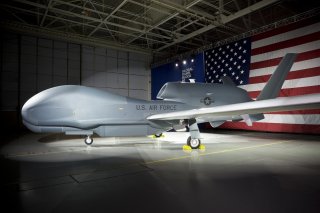 Here's What You Need to Remember: Converted conventional aircraft have long been used as drones, but primarily in the target role. The recent flight test of unmanned EA-18 Growlers, however, show incredible potential.

The follow-on to the Reaper, the jet-powered General Dynamics Avenger promised to have even more endurance and ordnance, being able to carry even 1000lb bombs. A limited number of Avengers were acquired by the Air Force for testing, but as they didn’t represent a significant upgrade in survivability in contested airspace, they were not adopted as a proper follow-on. As such, the Reaper remains the primary hunter-killer drone used by American forces.