These 5 Air Forces Rule Over The Skies 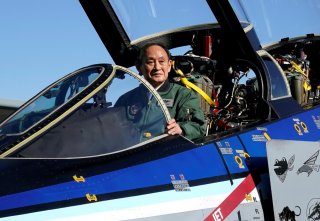 Here's What You Need To Remember: Japanese pilots routinely attend the U.S. Air Force Red Flag exercises, and are kept on their toes by a growing number of scrambles against foreign aircraft nearing Japanese airspace — 533 scrambles in the first half of 2014 alone against a mix of Russian and Chinese aircraft.