These 5 Asian Armies are Only Getting Deadlier 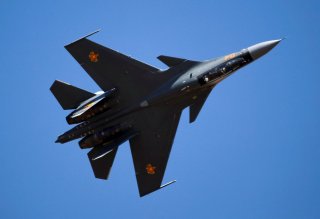 Key Point to Remember: Asia has a variety of capable armies, but capable in different ways.

Which Asian armies are the best in the region? Even if you get past the nationalist chest thumping, it's difficult to choose. What does having the "best" army mean for a hegemonic regional power like China, versus an island-nation like Japan, versus warring states on the mainland like the two Koreas? Does “best” mean the army that is most proficient or lavishly equipped? Or is it the one that most fits the needs of its country?

But that's what makes Asia so fascinating. It has a variety of capable armies, but capable in different ways. Here are the top five in East and Southwest Asia:

Some say the Chinese military is a paper tiger, rendered toothless by corruption and sloth. But even a tiger made of paper can crush you if it weighs 800 pounds. With an estimated active-duty ground force of 1.6 million and 9,000 tanks, the People's Liberation Army Ground Force is the largest standing army in the world.

Unfortunately for China's neighbors and potential adversaries, Chinese quantity is backed by quality. China produces many of its own weapons, including tanks, infantry fighting vehicles and artillery. Perhaps the quality isn't always the best. But does it matter if a Chinese Type 99 tank isn't as good as an M-1 Abrams? Or if a Chinese soldier might not be as well-trained or led as a U.S. Marine? If China can pit four or five soldiers to just one of the enemy's, and the Chinese troops are backed by adequate, if not cutting-edge, technology, then good enough is the enemy of better.

China's massive army would give it the edge in a conventional land war against neighbors like Vietnam or Russia, though its ability to confront Taiwan or Japan would depend more on naval and air power. But either way, sheer size earns China's army a top ranking.

Moscow has other powerful, ground warfare capabilities. The Russian army has several airborne divisions, as well as special forces like the famous spetsnaz.

Russia and China seem to be friendly enough for now, and both nations renounced territorial claims against each other in a 2001 friendship treaty. Nonetheless, some Chinese believe that Russia wrongfully seized Chinese territory during the years when China was weak. But in terms of disputed territory, it's Russia and China that could come to blows. With both Chinese assertiveness and Russian nationalism growing, it's not inconceivable that the rival neighbors could someday find themselves in an armed confrontation.

The practical problem for Russian military power in Asia is distance. Siberia is far from the centers of Russian military and industrial strength, and as Moscow discovered during the Russo-Japanese war, the Trans-Siberian Railway is a slender lifeline for reinforcing and supplying an army almost on the other side of the world. And how much military muscle can Moscow afford to send to the Far East when it is engaged in quasiwarfare in Eastern Europe?

Not to mention the old joke that Russia goes to war with China, destroys a million Chinese troops the first day, two million the second day and five million the third day. And then surrenders.

Along with China, India seems to be the up-and-coming Asian military power. With 1.1 million active-duty soldiers and more than 3,500 tanks, India has a big army that has fought conventional, mechanized wars with arch-rival Pakistan in 1965 and 1971, as well as smaller conflicts with China in 1962 and Pakistan in 1999.

India has been on an arms-buying spree, including Russian Su-30 and French Rafale fighters, as well as an ex-Russian aircraft carrier. It has also developed its own tank, the troubled Arjun.

With some 560,000 active-duty troops and 2,300 tanks, the South Korean army is large and supported by an indigenous arms industry that has produced the K1 main battle tank from Hyundai Rotem (no, it doesn't come with a 100,000-mile, bumper-to-bumper warranty), the K9 self-propelled, 155-millimeter howitzer, multiple-rocket launchers and the Hyunmoo ballistic missile.

While hardly a prerequisite for a top army, South Korea's army is known for tough training and discipline (to the point where conscripts have been beaten nearly to death during hazing rituals). In 1950, the South Korean army was a doormat. Today, the only nation crazy enough to be willing to tangle with it would be lunatic North Korea.

It is with a certain reluctance that an army whose soldiers are starving to death should be on the most-powerful list. And yet, the North Korean army is almost a million-strong, with more than 4,000 tanks and more than 13,000 artillery pieces and multiple-rocket launchers. Food and gasoline may be in short supply, but not weapons and ammunition.

North Korea's arms are aging, but still deadly enough to rain death and destruction on South Korea. More important, Pyongyang's army is strong enough and fortified enough to inflict huge casualties on invaders who might be inclined to perform some regime-change. Like a porcupine, the North Korean army may not be elegant, but you don't want to mess with it unless you have to.