These 5 Guns Are Sig Sauer's Claim To Handgun Fame 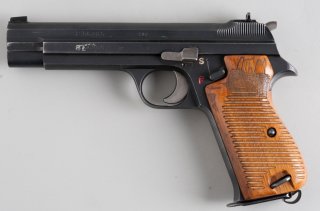 Here's What You Need To Remember: Today Sig Sauer sells a full line of handguns and modern sporting rifles in the United States, and has penetrated both the military and law enforcement markets.