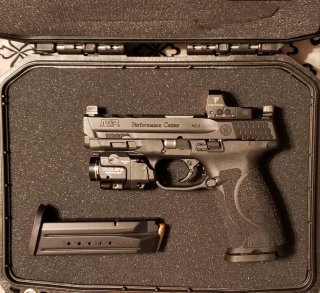 Here's What You Need to Remember: Smith & Wesson’s successful “wonder nine” pistol, the M&P followed in the footsteps of the Glock to produce a highly effective, high capacity polymer frame pistol.