These 5 Hunting Rifles are Beloved By Rural America 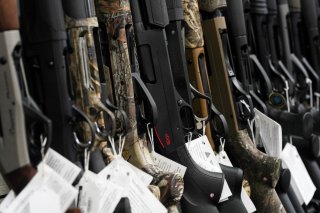 Here's What You Need to Remember: The American series rifles are very affordable, with a street price often under $400. The combination of features and the attractive price tag has prompted some gun writers to describe the rifle as the Remington Model 700 for the twenty-first century.

Kyle Mizokami is a defense and national security writer based in San Francisco who has appeared in the Diplomat, Foreign Policy, War is Boring and the Daily Beast. In 2009 he cofounded the defense and security blog Japan Security Watch. You can follow him on Twitter: @KyleMizokami. (This first appeared several years ago.)