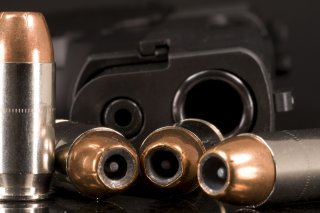 Here's What You Need To Remember: During the Vietnam War the U.S. Military issued 90 and 105mm antipersonnel rounds packed with tiny darts to tank and tank destroyer crews. Upon firing, the so-called “flechette” rounds would send a high speed cloud of deadly darts downrange. Flechette rounds were particularly useful against human wave attacks, although they do cause higher than normal wear and tear on barrels.

Since their invention in the tenth century, engineers, soldiers and tinkerers have constantly tried to make firearms more deadly. Typically that involves moving to heavier bullets driven by more powerful gunpowders, and while that is effective it is also louder, generates more recoil, and necessitates new firearms. One solution is the creation of newer, deadlier ammunition for existing guns.

Kyle Mizokami is a writer based in San Francisco who has appeared in The Diplomat, Foreign Policy, War is Boring and The Daily Beast. In 2009 he cofounded the defense and security blog Japan Security Watch. You can follow him on Twitter: @KyleMizokami. This article first appeared in 2018.