These 5 Military Guns Are Most Dangerous Killers on the Planet 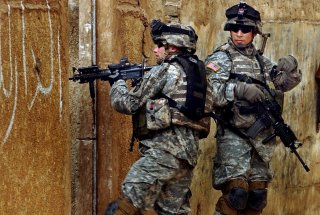 Here's What You Need to Remember: The QBZ-95, or “Type 95 Automatic Rifle” is the standard-issue assault rifle of China. Designed to replace the Chinese copy of the AK-47, the QBZ-95 is unlike any other Chinese rifle. The rifle is issued to all arms of the People’s Liberation Army, as well as the People’s Armed Police.