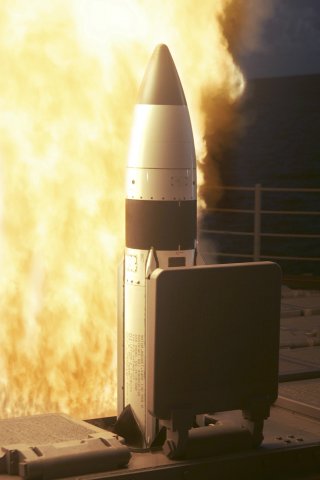 Here’s What You Need to Remember: These five weapons of war are “overrated” in the sense that they occupy a larger space in the defense-security conversation than they really deserve.

Today, the A-10 is a useful counter-insurgency aircraft, although probably less useful than a dedicated, purpose-built light attack aircraft like the A-29 Super Tucano. And the Warthog undoubtedly has problems. In a force that still enjoys the C-130 and B-52, we should hesitate to accuse any aircraft of excessive age. Nevertheless, the A-10 is old. It was designed for a foe much different than those we’re fighting today and those we anticipate fighting in the future.

The problem is that National Missile Defense is conceptually challenged. Anyone psychotic enough to attack the U.S. homeland with a nuclear weapon cannot be deterred through usual means anyway, and any defense system that is not foolproof (to a degree much higher than a system like Iron Dome, which protects only against rockets) cannot be relied upon when nuclear missiles are at stake.  No President will ever rely on a National Missile Defense system that is merely 90% effective. Moreover, national missile defense encourages potential foes to develop other means of delivery or to adopt innovative targeting procedures.

This relates to the technical problems posed by the system.  The bar for success for NMD is extremely high, given that we are tasking it with the protection of our cities.  The high bar gives potential foes many opportunities for disruption.  Relatively cheap, easy to deploy decoys can confuse NMD systems.  Ballistic missiles with maneuver capabilities can potentially avoid interceptors.  The onus, unfortunately, lies with the defender; any attacker innovation that renders NMD even marginally less effective makes it politically useless.

In other words, the proponents of National Missile Defense seek not a weapon of war, but rather a weapon of diplomacy.  Unfortunately, NMD has struggled both logically and technically and has yet (after decades of effort and expense) to produce a reliable, effective system.

The Predator drone has, through little fault of its own, become the face of American airpower during the Wars on Terror. The idea of Predator launched strikes has come to dominate how international society views the War on Terror, and how, more broadly, it understands the role of the United States.

The Predator is a fine little airplane, but it has its issues for sure.  It flies slow, doesn’t carry much ordnance, and can’t maneuver worth a damn.  A Predator once tried to ambush an Iraqi MiG-25 in air-to-air combat but failed utterly. Simply put, the Predator cannot operate in a contested environment.  This means that it cannot significantly contribute to combat over a wide range of potential conflict zones, including Ukraine, Syria, and any serious conflict in the East or South China Sea.