These 5 NATO Tanks Would Stop Russian Armor in Its Tracks 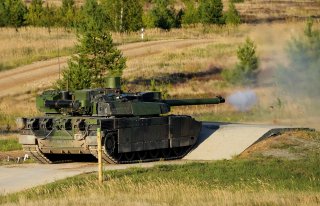 Here's What You Need to Know: While the Leopard 2A6 HEL only features a standard L/55 gun, it remains one of the more deadly tanks within NATO.

This article first appeared in May 2019 and is being republished due to reader interest.