These 5 Superpowers Could Have Ruled The World 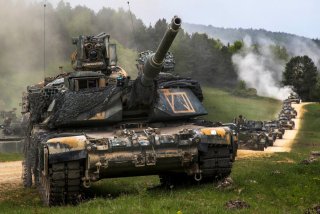 Here's What You Need To Remember: The United States became the first true global superpower in the aftermath of World War II. At the end of that war, America was home to half of the world’s GDP, a proportion that was never before and has never since been matched by any one country.

Akhilesh Pillalamarri is an assistant editor at The National Interest. You can follow him on Twitter:@AkhiPill. This article is being republished due to reader interest.