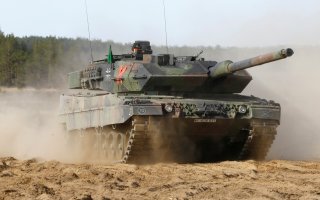 Here's What You Need To Remember: The 2A7 is the latest version of the Leopard 2 adopted by the Bundeswehr in 2014. The primary improvements were electronic. A new battle management system (IFIS) allows for similar capability to the US Army’s Blue Force Tracker system.