These 5 Weapons Make the U.S. Army a Force To Be Reckoned With 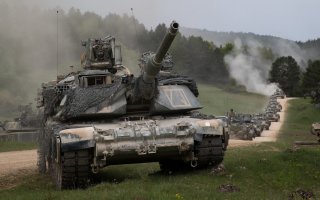 Here's What You Need to Know: The U.S. Army can generate an astonishing amount of firepower and deliver it in a variety of settings.

Michael Peck is a contributing writer at The National Interest.