These 5 World War I Weapons Left Europe Shocked and Awed 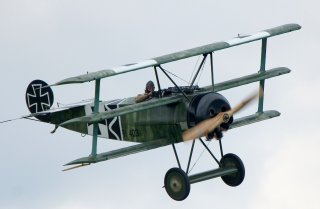 Here's What You Need To Remember: Like all such wonder weapons, they were expensive and fragile (the Paris Gun could only fire 20 shells before the barrel wore out). But being able to destroy forts or bombard a city from nearly a hundred miles away earned them their notoriety.

Michael Peck is a contributing writer for TNI. This first appeared in 2015.