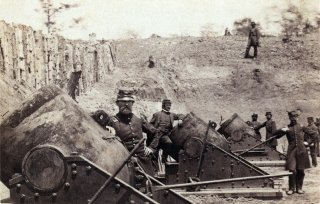 Here’s What You Need to Remember: Since the Revolutionary War, the greatest American military successes have depended on careful, long-range planning, the organization of assets and the commitment to overwhelming the enemy. The American genius for war, to the extent that it exists, lies in the ability to build advantage so that genius, heroism and chance on the battlefield don’t need to play decisive roles.