These Are The 5 Deadliest Warships To Ever Set Sail 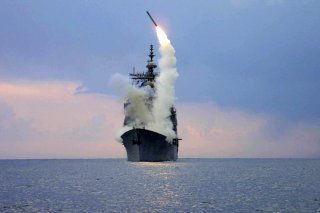 Here's What You Need To Remember: Like some ships in the Ticonderoga class, several Burkes are capable of the ballistic missile defense mission, engaging ballistic missiles with a combination of Aegis and the SM-3 interceptor.