These Are the 5 Tanks Ready to Defend NATO 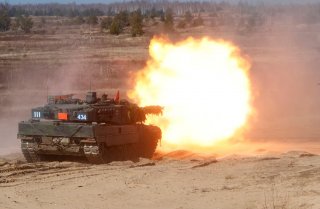 Here's What You Need to Remember: Strv 122s have better armor than most NATO Leopard 2s, as they are fitted with the full MEXAS-H armor package, which was reduced on German Leopard 2A5s. This gives them better protection against cluster artillery munitions.