These are the Best .22 Caliber Guns to Ever Be Fired 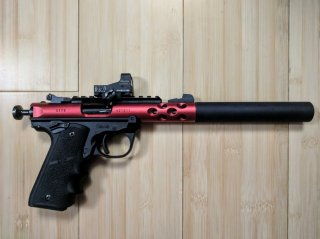 Here's What You Need to Remember: Revolvers that hold more than six rounds are rare, as the diameter of the bullet dictates the diameter and weight of the cylinder. Very small bullets, however, allow gun designers to pack more bullets into a revolver and not end up with an impractically heavy, wide revolver.

Kyle Mizokami is a defense and national-security writer based in San Francisco who has appeared in the Diplomat, Foreign Policy, War is Boring and the Daily Beast. In 2009 he cofounded the defense and security blog Japan Security Watch. You can follow him on Twitter: @KyleMizokami. This piece was originally featured in April 2018 and is being republished due to reader's interest.