These Five Infantry Weapons Are The World's Deadliest 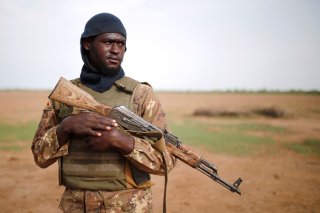 Here's What You Need To Remember: Yet there is still one invention that, although conceived more than five hundred years ago, still has a vital place on today’s battlefield: the infantry weapon and supporting arms.