These Five Military Defeats Had a Real Silver Lining 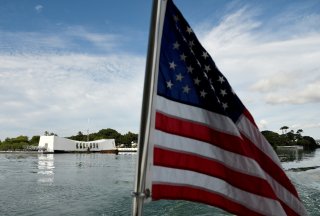 Here's What You Need to Know: Thermopylae was a tactical defeat that saved the Western world—and that qualifies it as the best defeat ever. Ultimately, losers sometimes prosper.

It is common to write lists ranking everything from history’s greatest victories to the best and worst ships or planes. This article attempts to rank history’s best defeats- something that hasn’t been done before because historians and strategists tend to focus on the victors.

And so it should be. No self-respecting combatant could be grateful for losing, right? General George S. Patton himself assures us that ordinary folk “love a winner” and “will not tolerate a loser.” But that’s not strictly true. It may be, that everyman despises generals, admirals, or civilian officials he holds culpable for losing wars. And sometimes losing an individual battle does spell doom in a larger struggle. For instance, few would argue that Carthage benefited from being razed to the ground at Roman hands and seeing the victors salt the ruins. But few engagements have Carthaginian results, rather oftentimes armed forces can pick themselves up, dust themselves off, and learn from war—the harshest of teachers.

Doubtless everyman would judge the fall of Carthage inexcusable, especially if he had the misfortune to be Carthaginian. But he might tolerate leaders who lose battles, take stock of their mistakes, and go on to eventual triumph. He might even admire and praise them. Why? Because combat is the ultimate field trial, determining what does and doesn’t work in martial enterprises. Prideful leaders might resist the lessons of defeat, whereas humbler commanders learn from setbacks and resolve to do better. The best commanders know how to swallow their pride, learn, and adapt, earning themselves respect.

Furthermore, there’s one other way a loser might be thankful for defeat. Some battlefield defeats could have turned out far, far worse—and the defeated know it. It’s possible to lose a great deal while also realizing you were lucky not to lose it all. Succumbing in an engagement is bad—but not nearly so bad as losing an entire armed force, the campaign it was prosecuting, or the war as a whole. Gratitude is the proper response when Fate grants you a reprieve from complete disaster.

Commanders or their political masters sometimes learn not to roll the iron dice a second time if they knew the odds should have brought catastrophe the first time. After all, it’s possible to salvage something after taking a blow that falls short of cataclysmic. You might even come back stronger for it.

So here is the rank of five defeats from antiquity to modern times, proceeding from good to great:

The Japanese air raid on Pearl Harbor constituted a tactical reverse with political and strategic upsides. Even the tactical reverse could have turned out far worse for the U.S. Navy in material terms. As Admiral Chester Nimitz noted when he arrived in Honolulu to take charge of the Pacific Fleet, Japanese aviators erred by hitting the fleet rather than the infrastructure that made fleet operations possible. As a result, recovery was swifter for the Pacific Fleet than it otherwise might have been.

Consequently, few American leaders would have wished for a do-over of December 7, however sincerely they rued the loss of the U.S. Navy battle line or grieved for the fallen on board USS Arizona or Oklahoma.

Think about it. The attack simplified things for statesmen back home. As the Hollywood version of Admiral Isoroku Yamamoto put it—and as the real-life Yamamoto put it a trifle less eloquently—Pearl Harbor awakened the sleeping American giant and filled him with terrible resolve to smite the Japanese Empire. President Franklin Roosevelt and his lieutenants tapped that resolve, setting in motion a vast industrial and military effort that helped the Allies prevail in World War II. The price of the defeat at Pearl Harbor was a handful of battleships—platforms soon to be eclipsed by naval aviation as the center of naval warfare.

Had the American carrier fleet been in port, or had the Imperial Japanese Navy pressed its offensive, taking out U.S. Navy fuel reserves and logistics infrastructure, the situation in 1942 would have been genuinely dire. As things stood, enough of the fleet remained that Admiral Nimitz—sure in the knowledge that a second U.S. Navy was under construction in shipyards back home—could fling carrier task forces into raids on Japanese-held Pacific islands almost immediately.

By mid-1942, accordingly, the tide of war was turning in America’s favor, never to be reversed. Pearl Harbor only seemed to be a colossal defeat. In reality it was a momentary setback that galvanized Americans into war. It cost less than it seemed—and compelled the U.S. Navy to get ready in such domains as aviation and undersea combat. As military disasters go, December 7 was a lemon that lent itself to making lemonade.

Fifty years ago Vietcong insurgents backed by North Vietnam made a major push in South Vietnamese cities. They wanted to show they remained a going concern despite facing a superpower, and they hoped to rouse the South Vietnamese populace to rebellion. The Vietcong lost big in the tactical sense, but won in the strategic sense. Like the Spartans at Thermopylae, their feat of arms had strategic and political fallout far beyond the scenes of fighting.

Tet did not instantly collapse popular opinion in the United States, as popular lore has it. But it did prompt Americans to question upbeat forecasts from Washington regarding progress in the Vietnam War. It helped induce President Lyndon Johnson not to seek reelection while allowing Richard Nixon to run on a platform aimed at extricating America from Southeast Asia. Finally, it also disrupted the relationship among the American people, their armed forces, and their elected leadership in a time of war.

In short, Tet—a mortal defeat for the Vietcong—set the communists on the pathway to victory in a way regular North Vietnamese fighting forces never could have. One doubts the ghosts of Ho Chi Minh and General Võ Nguyên Giáp would change a thing.

The father of the United States, George Washington, could fill a ledger of martial ignominy all by himself. Washington should have lost his Continental Army on Long Island in August 1776, when British redcoats mounted an amphibious assault for which the Americans were utterly unprepared. The Continentals managed to slip away to Manhattan Island in boats under cover of freakishly bad weather, in an 18th-century precursor to Dunkirk.

Immediately after, Washington should have lost the army again on Manhattan, when the redcoats again outflanked him. Yet for a second time the Americans escaped by water, this time into New Jersey. Washington managed the highly improbable—twice. This is why it’s tough to peruse the early history of the American Revolution without suspecting the colonists would have lost the war—and the country—but for the hand of Providence. Long Island and Manhattan were defeats with few redeeming features, except that their outcomes should have been far worse.

The debacles also prompted General Washington to undertake some serious introspection. He abandoned the whimsical notion that his pickup army could beat Europe’s finest fighting force on a conventional battleground. Washington and his band of brothers—most notably Nathanael Greene, Rhode Island’s favorite son—fashioned a Fabian strategy that eschewed decisive battle, strung out the war, and ultimately, with French help, gave rise to circumstances favoring American independence.

In short, Washington dodged a bullet in 1776—and survived to learn from failure. It could have been worse.

The Romans seemed to have little clear idea of how their city was founded. They retold two contending tales, that of Romulus and Remus and that of Aeneas and his fellow refugees from Troy. It was Homer, of course, who immortalized the story of the successful Greek siege of Troy, which took place sometime between 1260–1180 BC. The Roman poet Virgil picks up the story with the flight of the Trojan survivors. According to Virgil’s Aeneid, they made their way to Italy after many adventures and founded the city on the River Tiber.

If you believe that Virgil is recounting history rather than myth-making, that defeat led to the birth of Rome. While it’s doubtful Rome’s Trojan founders saw their city achieve any measure of glory, their descendants accomplished much. The Romans who inhabited a republic and then an empire that ruled much of the Mediterranean and European worlds, probably entertained few regrets about the fall of Troy. Perhaps it could be said that Troy died that Rome might live.

Nowadays commentators go out of their way to admonish students of history that the Greek stand against the Persian invasion at Thermopylae was a defeat, not a victory—as though that somehow detracts from their achievement. Yes, Thermopylae was a defeat in a narrow tactical sense. It is true that the Greek defenders fell to a man. But their valor sent strategic effects rippling throughout Greece and through Xerxes’ army. The battled emboldened Greek city-states to make common cause against Persia rather than squabble among themselves. Furthermore, the Persians began to lose heart—especially after they suffered naval defeats at Artemisium and, most dramatically, at Salamis.