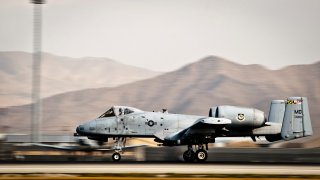 Here’s What You Need to Remember: Using the concept “overrated” requires evaluating the difference between reality and hype. The family can include useless weapons that have a veneer of utility, or good weapons that have acquired legendary status. Most of the weapons described are useful, within careful limits. Some aren’t.

The five weapons of war listed below are “overrated” in the sense that they occupy a larger space in the defense-security conversation than they really deserve. Some of them are fantastic, effective systems, while others are not. All of them take up more ink than they should, and (often) distract from more important issues of warfighting and defense contracting.