These Five Weapons Would Have Decided the Cold War 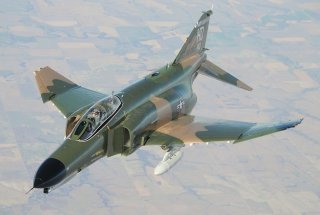 Here's What You Need To Remember: Armored vehicles, submarines, and missiles saw huge gains in effectiveness during the Cold War.

The Cold War was a uniquely dangerous period in human history. Vast ideological differences, large standing armies and nuclear weapons on hair triggers meant the end of civilization was an ever-present threat.

For much of the era, there was genuine fear that war between the West and the Soviet bloc might break out any time. Such fears pushed the rapid development of weapons to give each side an advantage should the Cold War suddenly turn hot. The result was not one but many arms races pursued concurrently, from infantry small arms to nuclear weapons.

New equipment and capabilities were rapidly fielded by both sides. By the 1950s, most air forces had traded in propeller-driven aircraft for jets. Armored vehicles, submarines, and missiles saw huge gains in effectiveness. Nuclear weapons in particular were made smaller and exponentially more powerful. Above all, weapons were made more lethal to give each side an edge in what might very well have been the last war humanity would ever fight.

The pace of nuclear weapons development during the Cold War was breathtaking. Construction began on the first true ballistic nuclear missile submarine, USS George Washington, just 12 years after the atomic bombings of Hiroshima and Nagasaki.

Originally designed as an attack submarine, George Washington’s hull was lengthened to accommodate sixteen Polaris nuclear-tipped missiles. Each missile had a range of 1,500 miles, making the ballistic missile submarine an incredible leap over the handful of nuclear-capable B-29 bombers operational at the end of World War II.

Advances in nuclear weapons miniaturization technology meant that the W-47 warhead carried by the Polaris weighed just 720lbs and was durable enough to be carried atop a missile. The W-47 had an explosive yield of 600 kilotons. By comparison, the “Little Boy” bomb dropped on Hiroshima just fifteen years prior weighed 9,700lbs and could only be dropped by a strategic bomber. Moreover, despite its physical size, Little Boy had an explosive yield of just 15 kilotons.

The Avtomat Kalashnikova model 1947 assault rifle, or AK-47 as it is more commonly known, is one of the most recognizable weapons ever made. Its 30 round magazine and piercing looks are recognizable from Nicaragua to Vietnam, from the streets of Los Angeles to the streets of Mogadishu. The AK-47 is lightweight, durable and easy to learn to shoot. It’s also easy to use. Children can and, unfortunately, often do use it in many conflicts around the globe.

Soviet legend has it that the AK-47 was the brainchild of Mikhail Kalashnikov, a simple mechanic turned tanker during World War II who designed the weapon while convalescing from war injuries. A great nationalist legend, the truth is probably more complicated, as the design shows obvious influences from the American M-1 Garand and German StG-44, the latter the world’s first true assault rifle.

Approximately 75 million AK-47s have been built, very likely making it the most prolific firearm of all time. Many millions of AK-47s continue to be used around the world by armed forces, guerrilla movements and terrorists to this day.

The F-4 Phantom fighter bomber is a textbook example of the incredible speed of postwar aviation development. Flown just thirteen years after the end of World War II, the F-4 could carry a payload of up to 18,000 pounds of ordnance — nearly as much as the B-29 Superfortress strategic bomber. And it was a fighter.

The F-4 was developed and manufactured by McDonnell Aircraft — today a part of Boeing. Flown by the U.S. Air Force, Navy and Marine Corps, as well as allies including Germany, Japan, Israel and Turkey, it was a large, twin-engine fighter with the versatility to conduct air superiority, fleet defense, air defense suppression, reconnaissance, interdiction and close air support missions.

F-4 Phantoms have seen combat in American service over Vietnam, Iraq and Kuwait, with the Israeli Air Force in the 1973 Yom Kippur War, the Iranian Air Force in the 1980-88 Iran-Iraq War and in Turkish service against Kurdish insurgents. The majority of F-4s built have been retired, but a number still serve with the South Korean, Turkish, Iranian and other militaries.

Nicknamed “The Right Arm of the Free World”, the FN-FAL battle rifle equipped many NATO armies during the Cold War. A postwar design by the Belgian small arms factory Fabrique Nationale, the FAL was adopted by many armies to replace World War II-era infantry weapons.

The FN-FAL was a 7.62mm chambered fully automatic rifle with a twenty round magazine, providing tremendous firepower at the rifleman level. The FAL was technically a battle rifle, not an assault rifle, due to its heavier, rifle-sized bullet.

The FAL saw extensive service in the West, as well as with many Third World armies in Central America, South America and Africa. It served on both sides of the Falklands conflict, equipping both the UK land forces and Argentine Army and Marine Corps. The design is now considered obsolete and most FAL rifles have been retired.

The British Chieftain was one of the most powerful tanks of the Cold War period. At the time of its introduction in 1966, it was the largest, most heavily armed main battle tank on either side, NATO or the Warsaw Pact.

The Chieftain was an evolution of the Centurion tank, which had appeared at the end of World War II.  The Chieftain had considerably better armor than the Centurion and an improved engine. What really stood the tank apart from its contemporaries, however, was the 120mm main gun. The L11A5 rifled gun was much larger and more powerful than the 105mm gun equipping American M60 tanks and 115mm gun equipping Soviet T-62 tanks.

This first appeared in 2015 and is being republished due to reader interest.