These Free Community College Programs Help Students the Most 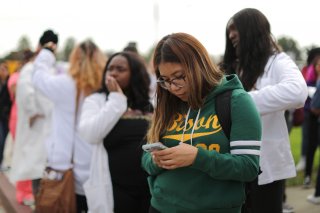 College programs that help cover tuition and fees significantly increase how many Black, Latino and white students enter college, according to a recently published study.

For our study, we analyzed 33 so-called college promise programs – in 18 states – that cover either partial or full tuition costs for students attending specific community colleges. We found that these programs increased the number of first-time, full-time Black, Latino and white students, but did not affect enrollment numbers for Asian and Pacific Islander students.

The largest effects were seen among Black and Latina women, with enrollment gains of about 50% for each group.

Programs that were based on academic merit increased enrollment of white men by 32%, and white women by 77%. Whether a program offered additional services, such as mentoring and advising, did not affect enrollment.

These college promise programs are widespread and becoming more prevalent. As of today, there are an estimated 360 total programs nationally, affecting community colleges as well as four-year universities. The Biden administration has voiced support for providing two years of community college debt-free, so the number of programs may expand.

Other researchers have found that cutting tuition by US$1,000 per academic year tends to boost enrollment by as much as 5%. The average cost of in-state tuition and fees at a community college was $3,730 in 2019-20. Charging no tuition at all, as you might suspect, would make an even bigger difference.

We don’t know why promise program scholarships make a difference for students from some racial/ethnic backgrounds but not others, although our findings are consistent with prior research showing larger effects for women than men. Additionally, we don’t know why we found no evidence that support services boost enrollment.

We would like to see how college promise programs affect the chances that students will earn their degree or make students more likely to transfer from community colleges to four-year universities. We’d also like to learn whether these programs affect allocation of resources within colleges.