These Three U.S. Military Rifles Looked Like Killers (But Never Went to War) 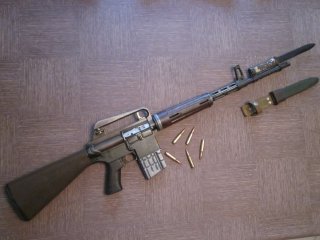 Here's What You Need To Remember: The most advanced rifle in the program was the H&K G11. Firing caseless ammunition (a massive innovation on its own), the G11 featured the “hyperburst”, a special firing mode in which the rifle would fire three rounds before the recoil could even be felt by the shooter.

Charlie Gao studied political and computer science at Grinnell College and is a frequent commentator on defense and national security issues. This article first appeared several years ago.