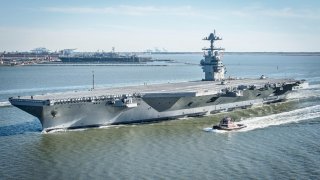 Here's What You Need to Remember: Alongside the intended cost-saving of more than $ 4 billion associated with the block buy, the Navy is also streamlining weapons and war-technology development regarding how a carrier hosts its F-35C, Mk 38 gun system and MQ-25 Stingray drones.