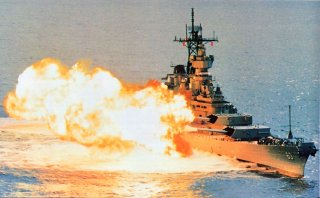 Here's What You Need to Remember: Once dethroned from the battle line, in short, battleships became expendable assets. In so doing they became ground-pounders' favorite ships.

James Holmes is Professor of Strategy at the Naval War College and coauthor of Red Star over the Pacific, just out in Mandarin from the Chinese Academy of Social Sciences. He was the last gunnery officer to fire battleship guns in anger, in 1991. The views voiced here are his alone.