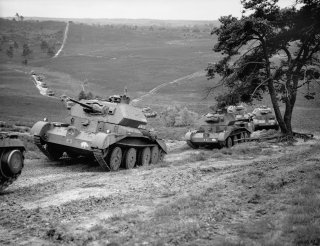 Key point: A British officer developed a plan for a massive combined-arms offensive in 1919 that might have won World War I if it had dragged on that long.

Michael Peck is a contributing writer for the National Interest. He can be found on Twitter and Facebook. This appeared several years ago.